Kūhai Hālau O Kanoheaokalikolaua’e Pā ‘Ōlapa Kahiko is a place where we perpetuate Hawaiian culture.
Get in Touch! 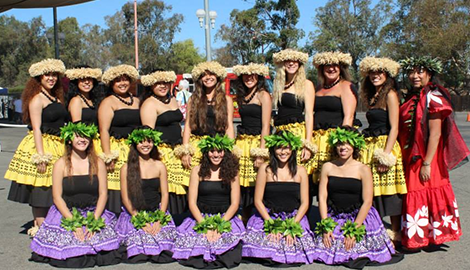 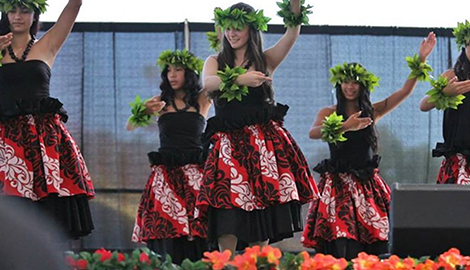 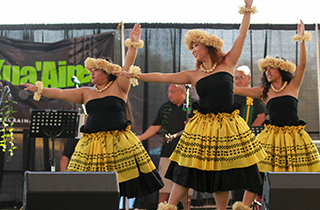 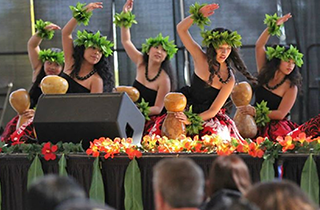 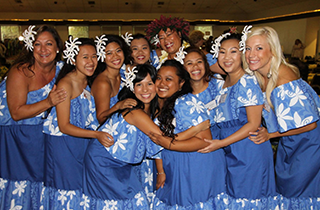 Hula dancing originates from a ritual dance performed for the Hawaiian volcano goddess Pele. Traditionally, it is said that Hi’iaka, Pele’s sister, performed the dance for her. A third goddess, Laka, is the keeper of hula dancing. Hula dancing was originally danced by women as men were reciting poetic chants called Mele. The hula dace was first called the ha’a, but the name was changed to hula in the 19th century. Hula was banned in 1820’s when Christian missionaries visited Hawai’i and converted Queen Ka’ahumanu.

In the 1830’s King Kamehameaha III insisted on religious freedom, and hula was allowed to be performed in public again. The dance regained popularity in the late 19th century when the last king of Hawai’i, David Kalakaua, encouraged its performance and development. There are two main styles of hula performed today, ancient or hula kahiko and modern or hula auana. Kūhai Hālau O Kanoheaokalikolaua’e Pā ‘Ōlapa Kahiko in Sacramento, CA, is a great place to discover the traditions of hula dance and Hawai’i.

Hula dancing used to be performed as a tribute to the goddess Laka. Dancers wore leis, bracelets, and necklaces in her honor and gifted them to her after their dance. Though grass skirts are worn now, when the dance was first done by Hawaiians, they wore wrapped skirts and used sharkskin drums, rattles, and gourds to create the rhythms to which the hula dancers moved.

At Kūhai Hālau O Kanoheaokalikolaua’e Pā ‘Ōlapa Kahiko, I am perpetuating the culture, language, and traditions of Hawai’i through hula. I offer keiki classes, adult beginner classes, and adult advanced classes. I teach classes Wednesday and Thursday evenings so that everyone can learn about Hawai’i and this beautiful and meaningful dance style. Through hula dance, you will learn grace, discipline, and team work. Put on your coconuts, and discover the long and fascinating heritage of the hula dance.